10 WAYS TO PROTECT YOUR DEVICE FROM THE SUMMER HEAT..

The summer heat is great for tans, swimming and margaritas, but it’s not so good for your iPhone, Android or other smartphone as well as any other portable electronics. Overheating is a serious risk when it’s hot outside and can permanently damage or destroy your tech. Luckily, there are some ways you can lower the risk and at least limit the likelihood of having to spend your sunscreen budget on a replacement phone or other electronics. Here are ten cool tips to keep your phone cool.

1. Don’t put it in the sun. That may seem obvious, but it’s an important point. Even when it’s hot out, it’s less hot in the shade. Even better is putting it in a bag that is also in the shade. It can really make a difference.

2.Take it out of the case if its in one. The case can act as a sort of insulation, retaining heat and not giving the phone a chance to radiate some of it off. Think of it like wearing a wool glove on your hand in the heat versus letting your hand out to cool off.

3. Stop using your phone or put it on airplane mode. It’s not just external temperature that can cause a phone to overheat. If you’re playing games or making lots of calls, your phone will be working harder and generating more heat as it does. Combined with warm surrounding temperatures, this can lead to overheating. To help your phone cool down, put it in airplane mode and stop using processor-intensive apps like games — or better yet, stop using it altogether for a while.

5. Don’t leave your phone in the car, a car acts like a greenhouse on a hot day — one recent study found that a car parked in the sun on a 95 degree day can reach temperatures of 116 degrees in just one hour. Apple recommends not to use an iPhone when it’s above 95 degrees, and says you shouldn’t store it anywhere higher than 113 degrees. Other smartphone manufacturers recommend similar steps.

7. Don’t put your phone in a refrigerator if it gets too hot, rapid temperature shifts are also bad for your phone. One reason for this is condensation: water is more likely to become trapped inside your phone, causing problems, if you put it somewhere like a freezer when it’s very hot. A better bet is to turn off your phone and leave it in a cool area for a while so it returns to room temperature at a more natural rate.

8.Turn off extra background features. Bluetooth, location services and Wi-Fi, even if they aren’t in active use, will lead to your phone heating up a bit more. That bit can make a difference, so leave them off.

9. Don’t open multiple applications at the same time, playing music, playing games, browsing on the internet , snapchat and all of this will heat up your phone and limit it’s life span.

10. Don’t use your phone while it’s connected to the charger, this causes the battery to heat up which can be very dangerous as it might explode.

10 INTERESTING FACTS ABOUT XIAOMI YOU PROBABLY DIDN’T KNOW OF 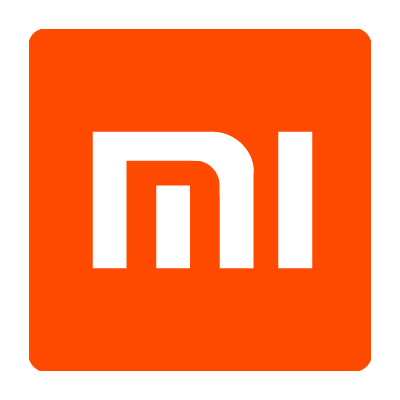 We have witnessed the evolution of the technological world, from Nokia to phones like Samsung and iPhone.

No doubt, new brands have come into the scene and some have succeeded in creating a name of their own.

While you can’t deny that Xiaomi’s success is primarily due to its affordable price, its brand plays a big part too.

Here’re ten facts about this breakthrough brand, because you could well be using it to read this article!

Xiaomi literally means Millet and Rice, which is actually a reference to a Buddhist concept. It signifies that Xiaomi wants to start from little things before aiming for the top.

“Mi” is also an acronym for Mission Impossible (not the movie!) to represent the impossible obstacles that they have overcome.

Considered as China’s Apple, most of Xiaomi designs resembles Apple in its elegance, simplicity and minimalism. Yeap, it also evokes a similar kind of fervour in China as Apple does in the US.

Xiaomi’s mascot is a bunny called Mitu who wears a Ushanka (Lei Feng hat). The Mi Bunny’s cap has a red star and it also wears a red scarf around its neck. Ain’t it cute?

Xiaomi doesn’t own a single physical store in any parts of the world except China and recently, in Singapore. In fact, it’s selling its products online everywhere. This helps them to reduce some additional cost to maintain that affordable price tag. That definitely kills two birds with one stone!

Given that they do not have a physical store, Xiaomi also does not use any traditional channels of advertising. They do not support endorsements of any kind either (did you, like, see anyone uses the phone in any movie or TV drama?), which makes us wonder how did their products rise to fame so quickly!

Xiaomi sold 15,000 Mi3 smartphones in just two seconds in India. Two seconds! Imagine the load the server would have to “tahan”. Furthermore, Xiaomi Mi3 was considered as the world’s fastest smartphone at that time of its release.

In fact, in 2014, they actually managed to break the Guinness world record by selling 2.1 million smartphones in just one day.

As many as three of the top nine leadership positions in Xiaomi are occupied by ex-Googlers. Is there some sort of a connection? All we know is that they are talented, and Xiaomi’s success have to be credited to their ability to rise from the bottom.

Allegedly, Xiaomi’s cameras have built-in technology to make you look more attractive. Taking selfies? No worries, Xiaomi got you covered! Now all your Instagram posts will be as flawless as ever.

Remember, it’s allegedly. So don’t gong gong go buy one just because of what you’ve heard.

Xiaomi chose Singapore as its international office, believing in the quality of feedback from Singapore on its phones and services. Why so? Well, Singapore is also known to be a sophisticated market and this gives Xiaomi an edge in the technological industry.

Want to know something interesting? Xiaomi’s logo has a hidden word inside of it. The word can be found when you turn the logo of Xiaomi up-side-down. It will probably resemble a Chinese character “心” (not every single stroke though) and it means “heart” in English.

That’s a really innovative way to create meaning in its name!

Why Apple’s iPhone 8 Could Be Delayed for Weeks

Apple’s next big handset release might be delayed due to some problems in the supply chain, analysts predict.

Bank of America Merrill Lynch analysts Wamsi Mohan and Stefano Pascale told investors in a note on Wednesday that Apple’s rumored flagship smartphone, the iPhone 8, could be delayed between three and four weeks due to “technology issues.” The analysts, whose note was earlier reported on by CNBC, said that Apple is “working through” the problems with its supplier partners. Apple has been rumored to be considering a September release for the smartphone. The analysts now suggest the smartphone could be released in October.

According to the analysts, who visited the Apple (AAPL, +1.50%) supply chain, its manufacturing partners are having trouble getting the iPhone’s fingerprint sensor and 3D-scanning technology working. The fingerprint sensor is said to be the first from Apple that would be integrated into its screen instead of added to a physical button that previously sat on the front of the smartphone. The 3D-scanning technology would be used to verify a person’s identity and allow him or her access to the iPhone’s software by scanning his or her face.

Apple has been rumored for months to be working on three new iPhones this year. Two of those handsets, believed to be known as the iPhone 7s and iPhone 7s Plus, will offer minor updates over last year’s iPhone 7 and iPhone 7 Plus. The third, believed to be known as iPhone 8, could come with a completely different design featuring an all-glass chassis. It could also have a screen that nearly entirely covers its face.

The iPhone maker’s screen choice has forced Apple to consider the display-based fingerprint sensor and 3D scanner. The new design will reportedly eliminate the area below the screen where the fingerprint sensor has been located in earlier iPhones. Apple then needs to use the 3D scanner and fingerprint sensor to authenticate users for access to the handset’s software, as well as make payments with its mobile-payment service Apple Pay.

The analysts didn’t say when Apple and its suppliers might be able to fix the iPhone’s problems. They also didn’t say whether Apple has set an expected release date.

However, the supply chain problems caused them to cut their iPhone sales forecasts for Apple’s 2017 fiscal year to 208.1 million. The analysts had anticipated 219.1 million iPhone shipments during the period.